An Emily, a Sarah, and two Adams!

Within the past three weeks, I've traveled down south twice to celebrate the weddings of 2 of my 3 wonderful Georgia cousins, Emily and Adam! (you're next, Jonathan!)
Emily got hitched with another Adam, and Adam got hitched with Sarah!
Sarah & I were bridesmaids in Emily's wedding, and Sarah suggested that I do a portrait or caricature of the bride & groom. I've always had a bit of difficulty with portraits, but lucky for me I had some good faces to work with :) 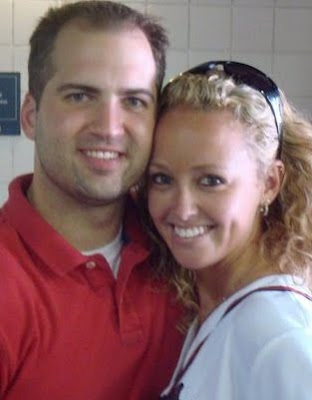 So, of course, when Adam & Sarah's wedding rolled around, I decided to do portraits of them too! 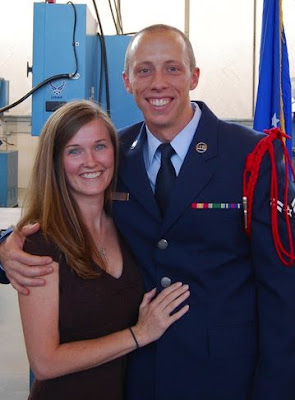 Both these sets of portraits were interesting experiments. When I tried to apply the same simplified style I did with Emily & Adam's portraits to Sarah & Adam's, I found that I needed to use a little more realism to get across the best resemblances. Different faces & personalities call for different styles, and I got some great practice out of it!
Posted by Kali Ciesemier at 1:41 PM 5 comments: 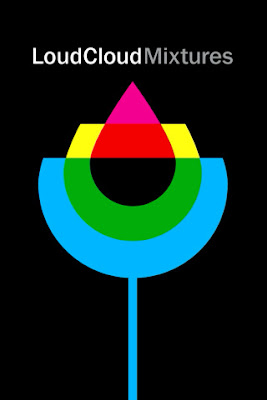 Ever want to make a mixed drink, but cocktail recipes aren't illustrated enough for you?? Boy, do I have the free iPhone app for YOU! Loud Cloud Mixtures! The Loud Cloud, the creative agency that I'm a part of, recently put out a free app for your iPhone called Loud Cloud Mixtures! All of us artists in the Loud Cloud picked a delicious cocktail, and created an illustration based around it. It's a handy gallery of visually & gustatorily satisfying drinks at your fingers, featuring such drinks as Black Forest Martini, Dark and Stormy, Lynchburg Lemonade, Pink Elephant, The Negroni, and many more! Download it from the itunes store (for freeeee) here!

At first, I wanted to do the White Russian...I tried out some sketches, but nothing really felt right for me.

I looked into some more obscure cocktails, and found the Savoy Affair. What an intriguing name, right? It was one of 20 cocktails invented by Joe Gilmore, the longest running head Barman at the Savoy Hotel in London. (another awesomely named cocktail invented by Mr. Gilmore: the Savoy Corpse Reviver)
Anyway, "Savoy Affair" is just screaming for a mysterious summertime hotel rendezvous...and that's what I decided to draw (complete with a shady character watching from the background!) 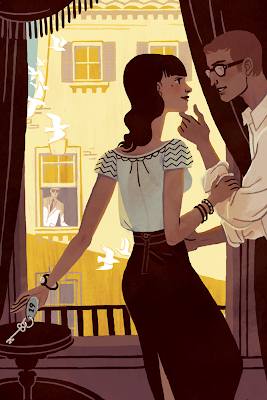 I was able to realize it pretty quickly and easily, I think it's definitely one of my favorite recent pieces.
Posted by Kali Ciesemier at 10:45 PM 8 comments: