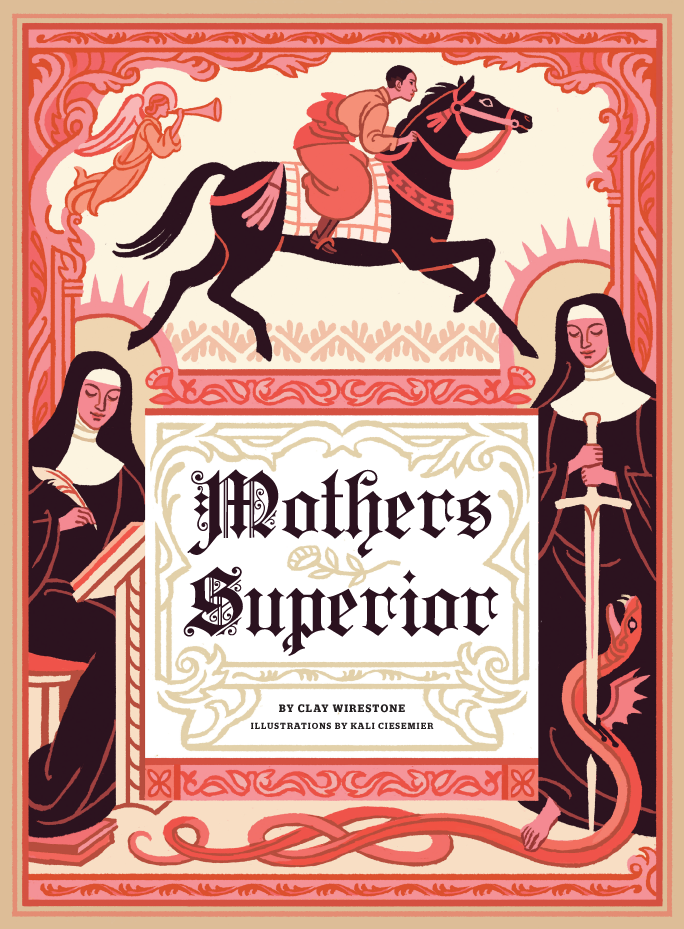 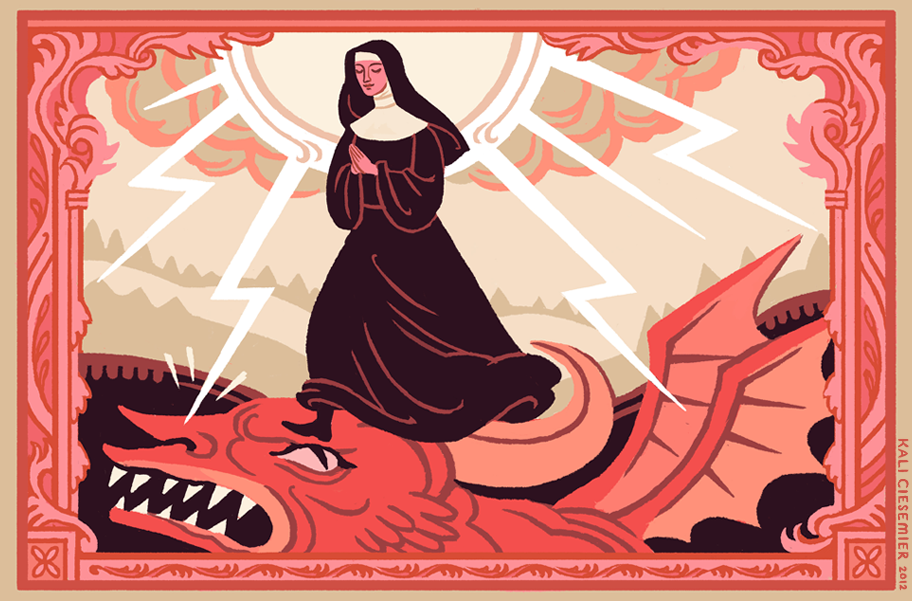 I recently had the pleasure of illustrating some kickass nuns for Mental Floss magazine's December issue! Thanks to my AD Winslow Taft for the fantastic layout and the idea to have me do the illustrations in illuminated manuscript style. It's always been really fun for me to try and imitate other illustration styles  (japanese woodblock prints, art deco) and it's a good challenge to try and add my own twist while still making the style recognizable. 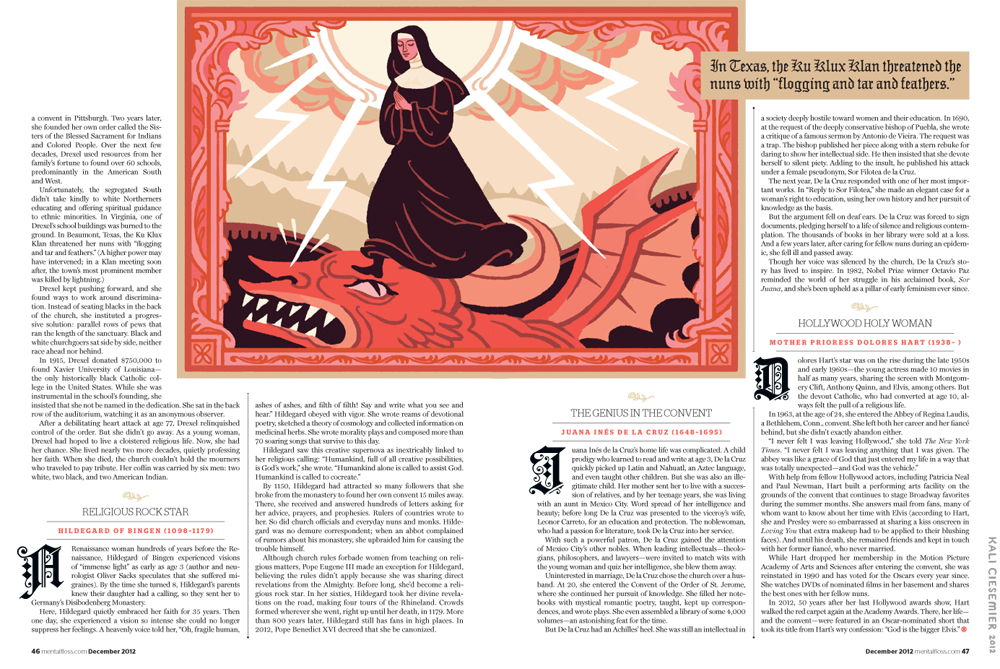 There were so many individualized stories so I tried to keep the illustrations general in scope (pursuing knowledge, fighting against the forces of evil, etc.). However, because Ani Pachen was the only tibetan nun, I thought it'd make sense to show her specifically. She led 600 tribesman on horseback to fight against the Chinese army. Pretty cool!
All in all, a really fun assignment.
Posted by Kali Ciesemier at 4:34 PM

These are great, Kali! I always love your color palette choices too.

Hello There. I found your blog using msn. This is a really well written article. I’ll be sure to bookmark it and return to read more of your useful information. Thanks for the post. I will definitely return. Plots for sale in Hyderabad